Discipline and Setting Boundaries as Parents 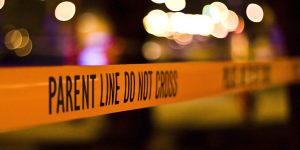 The boundary setting struggle is real

Many parents describe their struggle with the issue of discipline and boundary setting. Working parents and single parents often feel guilty about not spending enough time with their children and as a result frequently hesitate to apply discipline or enforce consequences following the breaking of rules. Some parents who themselves had overly strict parents also struggle.

A common message from many of the counselors we speak to centers around the increasing lack of discipline at home. “Instead of compensating for the lack of family time spent, an environment without boundaries or consequences contributes to so many of the problems (e.g. drinking, drugs, violence and bullying) experienced by teenagers today.”

Why is setting boundaries important?

“Boundaries ultimately build stability. By providing reasonable and defined do’s, don’ts, and consequences, teenagers learn to respect the boundaries and to take responsibility for their actions. They also ultimately feel a greater sense of being loved, as they know that someone cares for them and their well-being.” Margaret Logan comments: “At a deep level, children know they’re not omnipotent and secretly crave the knowledge that they can fall back on ‘blaming’ mom and dad when peer pressure gets too scary.

Negotiation over rules and their consequences, if discussed at a non-crisis time, can make adolescents feel valued and give them a measure of control over their choices, thus teaching them responsibility. It’s vital to remember that friendship with one’s children does not take away parenting responsibility. They can have many friends, but they only have one set of parents!

To learn more about this topic, have a look at Life Talk for Parents over here.